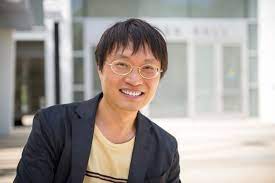 The January program will also include performances of Gobi Gloria by Lei Liang, the winner of the 2020 Grawemeyer Award for composition and a finalist for the Pulitzer Prize. Liang is the son of musicologists, and his work is often inspired by traditional Eastern musical styles as well as environmental themes. Gobi Gloria is drawn from Mongolian musical traditions.

The Spider’s Den, a duet performed to Liang’s chilling score, personifies a creature and her relationship with an entangled mate. Using mixed metaphors, the choreography draws inspiration from observing spiders interact with their web and the cognitive decline of dementia patients. Noble states, “It is a subtle and haunting dance that alludes to society’s perception of the aging process.”