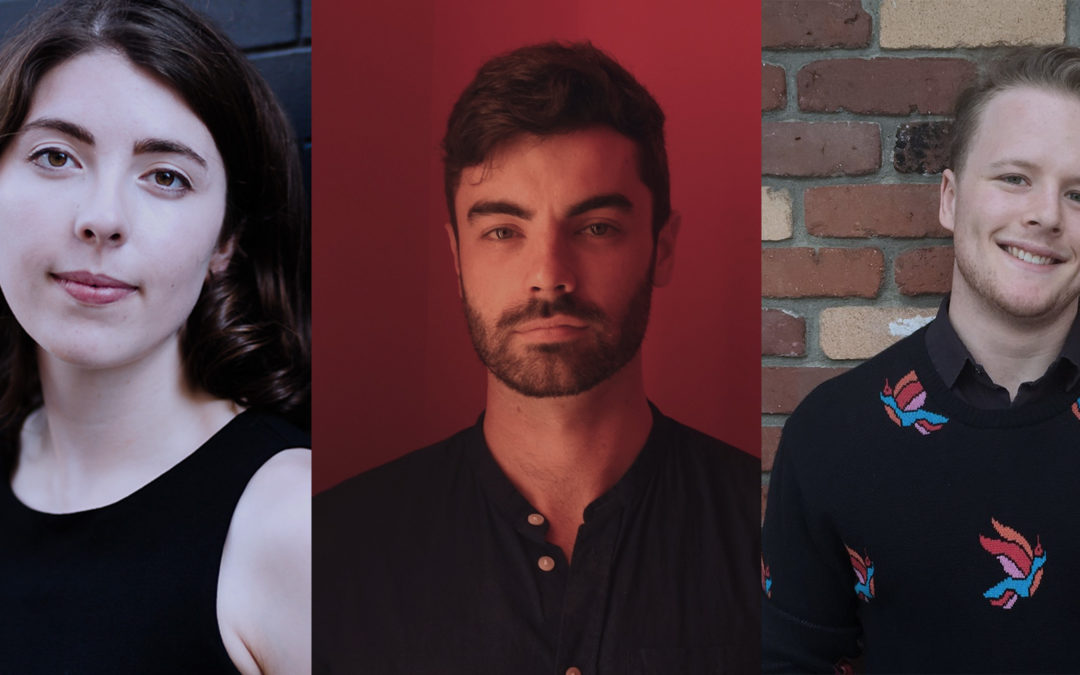 In an effort to increase professional opportunities for emerging composers, Musiqa has selected three early career composers from diverse backgrounds to write new works for its LOFT concert series at the Contemporary Arts Museum Houston.

The Musiqa Artistic Board has chosen Flannery Cunningham and Will Healy for its inaugural Emerging Composer Commission program, a national competition for early career composers.

“After many years of success with the fellowship program, we decided to expand our commissioning opportunities through a national competition,” noted Brian Hodge, Executive Director of Musiqa. “Musiqa is committed to nurturing the careers of the next generation of composers.”

“We were deeply impressed with the high level of the over 130 entries that we’ve received,” stated Musiqa Artistic Director, Anthony Brandt. “We are excited to be able to commission such exceptional young creative talents.” Flannery Cunningham is a composer and musicologist fascinated by vocal expression, auditory illusions, and the compositional process. She writes for both acoustic ensembles and for players with real-time electronics, always striving to foreground the musicality of the human performer.

She has been commissioned by the Minnesota Center Chorale, the Cornell University Chorus, the College of St. Benedict/St. John’s University, SPLICE Ensemble, and Grace Chorale of Brooklyn, and her music has been performed by groups such as International Contemporary Ensemble, TAK Ensemble, and Music from Copland House. She has also been in residence at the Atlantic Center for the Arts and Craters of the Moon National Monument. An active poet, Flannery often writes her own texts and has performed at the International Computer Music Conference.
Cunningham holds a BA from Princeton University, an MA from University College Cork as a Mitchell Scholar, an MA from Stony Brook University, and is currently pursuing a joint PhD in composition and musicology at the University of Pennsylvania.

Musiqa will perform the world premiere of Cunningham’s commission at the May 7, 2020 concert at the Contemporary Arts Museum Houston in conjunction with the exhibition The Wild Life: Elizabeth Murray & Jessi Reeves. Will Healy is a composer and pianist based in New York. Noted for his “lushly bluesy” sound and “adroitly blended… textures” (New York Times), he is the artistic director of ShoutHouse, a collective of hip-hop, jazz, and classical musicians. Healy’s 40-minute song cycle for ShoutHouse, “Cityscapes”, was recently released on New Amsterdam Records.

In addition, Healy is an accomplished pianist specializing in Bach, with a repertoire that includes the complete Goldberg Variations. Recent awards include a Charles Ives Scholarship from the American Academy of Arts and Letters, two ASCAP Morton Gould Awards, the W.K. Rose Fellowship, and more. Healy’s work has appeared at venues such as The Kennedy Center, Lincoln Center, LPR, The Apollo, on the NY Philharmonic’s Biennial series, and “New Sounds” with John Schaefer (WNYC). Healy was the recipient of the Richard Rodgers Scholarship at The Juilliard School, where he studied with John Corigliano, Steven Stucky, and Samuel Adler.

Musiqa will perform the world premiere of Healy’s commission at the Fall 2020 concert at the Contemporary Arts Museum Houston. Max Vinetz draws inspiration from various intersections between traditional, popular, and improvisatory forms and aesthetics. He has received numerous award and recognition including the ASCAP Morton Gould Young Composer Award for his work for solo cello, entitled “Allemande,” the Beekman Cannon Friends Prize, and the Abraham Beekman Cox Prize to name a few.

Vinetz is a recent graduate of Yale University, earning a BA in Music with honors and distinction.
Musiqa will perform the world premiere of Vinetz’s commission at the January 30, 2020 concert at the Contemporary Arts Museum Houston in conjunction with the exhibition Will Boone: The Highway Hex.