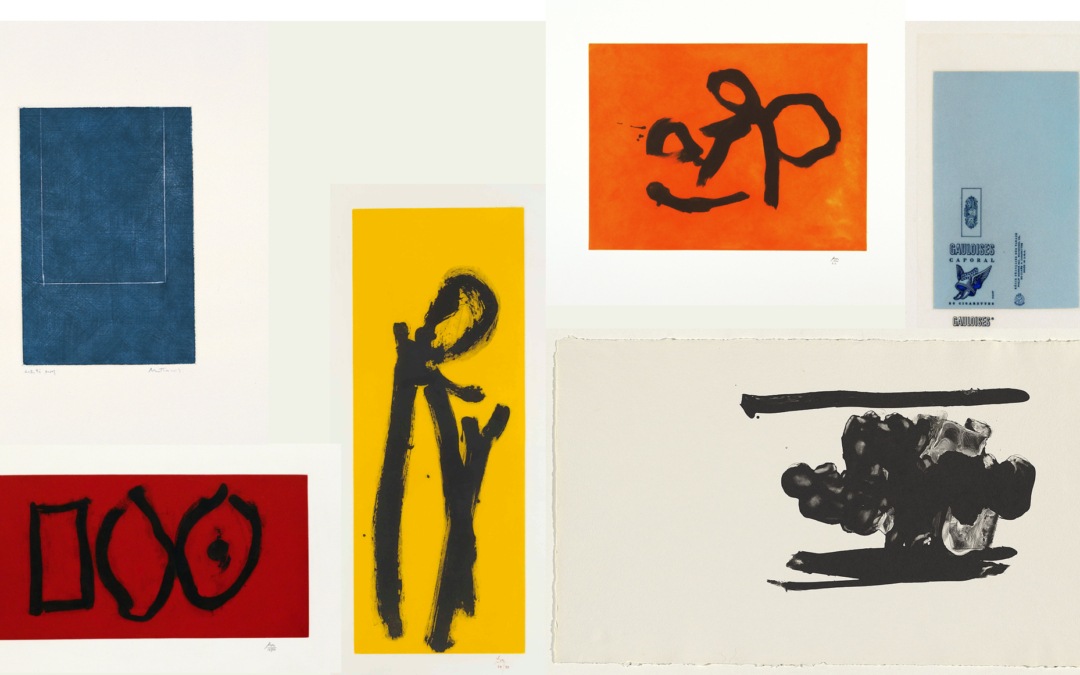 Musiqa will premiere Six Bagatelles as a part of the in the upcoming concert, Traces of Blue, at the MATCH on January 12, 2019.

Six Bagatelles is inspired by the work of abstract artist Robert Motherwell (1915–1991). The six short pieces which make up this trio for piano, violin and cello are each named after an image by the American artist. The prints were chosen for their vibrant and contrasting color and their strong iconic character. My bagatelles sometimes depict the artworks musically, but more often spring from my subjective impressions of them—their atmosphere, mood, emotion or “feel”—or occasionally from a particular technical device the artist uses. Motherwell once remarked: “Make no mistake, abstract art is a form of mysticism.” In some ways, modern concert music can be similarly mystical: its “meaning” shrouded, its gestures symbolic, and its narrative highly interpretive. More than most other pieces I have written, it is this elusive (and allusive) aspect of music and art that Six Bagatelles centers around.

“Mezzotint in Indigo” is part of Motherwell’s “Open” series, which makes use of vivid color backdrops to a rectangular shadow-like line. My bagatelle has the strings form a vibrating backdrop, while the piano “carves up” the musical space with a line of stark chords. A tinge of the blues in this bagatelle reflects my association of “indigo” with Ellington’s classic masterpiece Mood Indigo.

The central figures of “Orange Lyric” are typical of Motherwell in their thick brush technique, and pliable calligraphic lines. The bagatelle is lyrical as well, in the violin, with the piano offering curved arabesques.

“Gauloises Bleues” is again an iconic Motherwell image. The paper packaging for Gauloises cigarettes, with its pale “French blue” color, were a constant fascination for the artist. The brand, smoked by the likes of Satre, Picasso, Brigid Bardot and John Lennon, symbolized a hip, cosmopolitan Parisian vibe. Musically, the piano is cool and detached here, unmoved by the café groove in the strings.

“Yellow Chord” uses a single harmony and figure in the piano, repeated trance-like, while the strings sing stirring echoes of one another.

“Three Forms in Red”—both the print and the bagatelle—presents three contrasting gestures side-by-side.The last image reverts to black, part of a series of book prints the artist made for a volume by Octavio Paz.

The bagatelle “Black Elegy Returning Black”is designated a Nocturne, a title Motherwell also used frequently. The piece makes veiled reference to Chopin’s NocturneOp. 27/1, in the manner of an artistic collage.

Six Bagatelles was commissioned for Musiqa by Carrie Shoemake in memory of Ed Shoemake, a longtime supporter of Musiqa and former chair of our board of directors. His love of music and art (particularly the work of Motherwell), his dedication to Musiqa and his immense generosity of spirit were an inspiration to all of us.