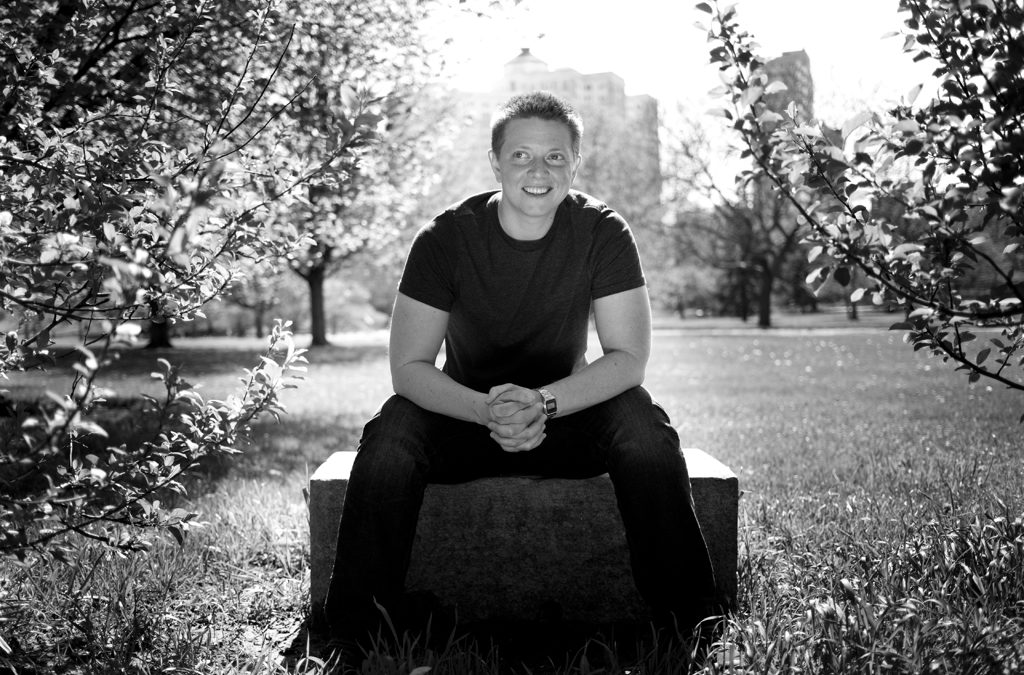 LJ White’s “Big Fish” for two saxophones effortlessly evokes a story, but it is also abstract enough that each listener’s vision of the piece’s journey is completely unique. Its title may conjure a vision of a school of fish in a pond, scrambling to catch mayflies on the water’s surface. Later in the piece, the saxophones seem to sink into the deeper, darker waters, perhaps to examine the gently swaying fronds and leaves of a kelp forest. “Big Fish” pulls us into a Fantasia-like daydream, a perfect example of how the composer writes with “an unrestricted array of influences through unpredictable-yet-contagious rhythms, strange and evocative sonorities…” LJ’s work is intricate, unpredictable, and superbly well-crafted, so I couldn’t wait to ask him more about his life, his influences, and his music.

How did you decide to become a composer?

I knew I wanted to have a career in music from a young age, and I was writing music since I was little, but I didn’t really realize that I could be a composer until I went to music school and saw others doing it. I added a double major and went from there.

Has your identity affected your music? If so, in what ways?

Yes. Whose music isn’t affected by their identity? For me, being transgender and feeling like I never fit in, gender-wise, has led me to want to challenge accepted categories and break down barriers between musical genres in my work.  I also have a number of pieces that deal explicitly with socio-political issues, particularly around gender and sexuality. Big Fish is not one of those pieces, and it was written before I transitioned, but it does have a certain restlessness and punchiness about it that has been typical of a lot of my music, especially before I figured out how to come to terms with my gender identity and expression.

Why is it important to celebrate Stonewall 50?

I think the “why” seems like it should be pretty clear, but the more important question is “how.” I think that the right way to commemorate Stonewall is to remember that Pride started as a protest and a call to action, and that it still needs to be one. We have a lot of work to do – and until there’s no longer a stigma around being LGBTQ+ that leads to violence, harassment, internalized shame and trauma, discrimination, and lack of representation, there will still be work to do. Until there are no longer disparities in access to employment, income, healthcare, public accommodation, housing, education, institutionally recognized relationships and parenting, military service, identification documents, elder care, and on and on, for LGBTQ+ people living openly, there will be work to do. So, I hope that the Stonewall 50 exhibit at CAMH and the concert inspire people to find ways to advocate and take action.

What drew you to writing for the saxophone?

Big Fish was actually originally a piece for two clarinets, and then I adapted it for saxophones for a friend of mine.  But what I love about both of those instruments is the way they can blend seamlessly, so that it’s hard to tell where one player’s sound ends and another’s begins. Saxophones also have a good capacity for raucousness and visceral rhythmic playing.

It’s hard to say. I think most of the moments depend on the other moments to be effective… it’s a piece where the timing and contrast of things are really important. But there’s this sort of F-major kinetic wall of sound that comes in a few times that I like a lot, that people seem to especially enjoy.
You’ll hear Big Fish as well as other new music for saxophones at Musiqa’s final Loft Concert of the season:
Stonewall 50 – May 9, 2019 at 6:00PM at the Contemporary Arts Museum Houston
5216 Montrose Blvd., Houston, TX 77006