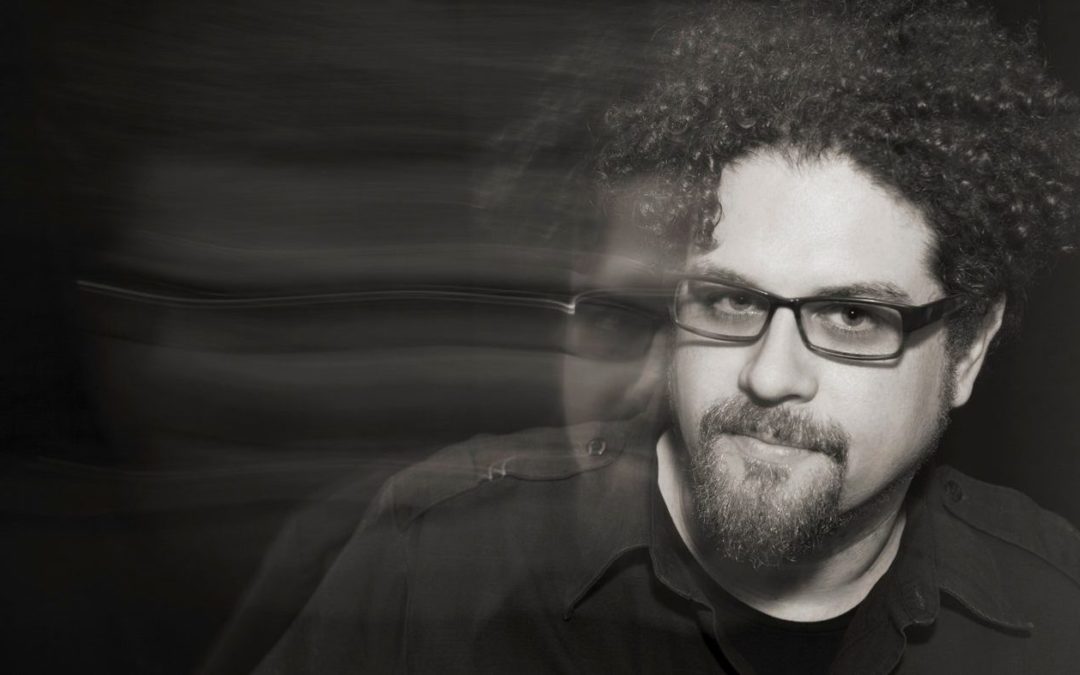 At Musiqa, we’re always on the lookout for composers who challenge the status quo. David T. Little’s raw power for saxophone quartet will be performed on our final concert of 2019 at CAMH, and when I first heard it, I was on the edge of my seat for the entire piece. David isn’t afraid to overlap the classical music world with the worlds of jazz, bebop, and even punk rock. I was excited to find out more about his influences and how he conceived of raw power. Since David mentioned so much music in his answers, I added links to some of the songs and bands mentioned by name as a “musical score” to accompany the interview.

How did you decide to become a composer?

I first decided to be a composer when I was 15 years old, after seeing Tim Burton’s The Nightmare Before Christmas. Danny Elfman’s dark score really spoke to me. I realized for the first time that being a composer was a job one could have, and decided that I wanted that job. Not long after, I heard The Rite of Spring for the first time and my fate was sealed.

Describe your most memorable musical experience.

I was forever changed when I saw both Wozzeck and Peter Grimes for the first time. These works showed me that opera could be gritty and relevant in a way that Verdi and Mozart (so far at that time) hadn’t. The famous unison B crescendo in Act III of Wozzeck and the return of the Sea Interludes material at the end of Grimes are still seared into me.

What drew you to writing for the saxophone?

I really love how rude a saxophone can be. Classical saxophone technique works to avoid that—and I really respect the craft in that—but the sax, for me, is raw 1950s Doo-wop solos, and bands like Naked City, Kagero, and Morphine. I can’t get enough of that sort of stuff, and there’s a lot of it in raw power.

Describe the process of writing raw power. What was the hardest part?

I know I spent a lot of time listening to The Stooges’ Raw Power to try to understand its core energy. After that, it was like with any other piece: you find the notes and rhythms, you put them into a compelling form, etc. But I’d say the sax quartet itself was the greatest challenge. I’d written a few sax piece by that point, but this was my first quartet. As an ensemble, it presents some unique challenges.

There’s a surprise that happens in the piece, which I really enjoy. I can’t say more than that, though, or I’d give it away!

I draw a lot of inspiration from art, books, history, politics, philosophy, and other music. I’m always taking in a lot of different ideas, stories, and information; collecting fragments, which combine and blossom in unique ways as I compose.

Why is it important to celebrate Stonewall 50?

It is important to celebrate our revolutions and our revolutionaries; those who stood up and put their bodies on the line. It is also important to continually reevaluate our received history, and to re-introduce and insist on including those who had been previously excluded. Celebrating and contemplating the anniversary of Stonewall allows for—demands—all of this.

You’ll hear raw power as well as other new music for saxophones at Musiqa’s final Loft Concert of the season:
Stonewall 50 – May 9, 2019 at 6:00PM at the Contemporary Arts Museum Houston
5216 Montrose Blvd., Houston, TX 77006