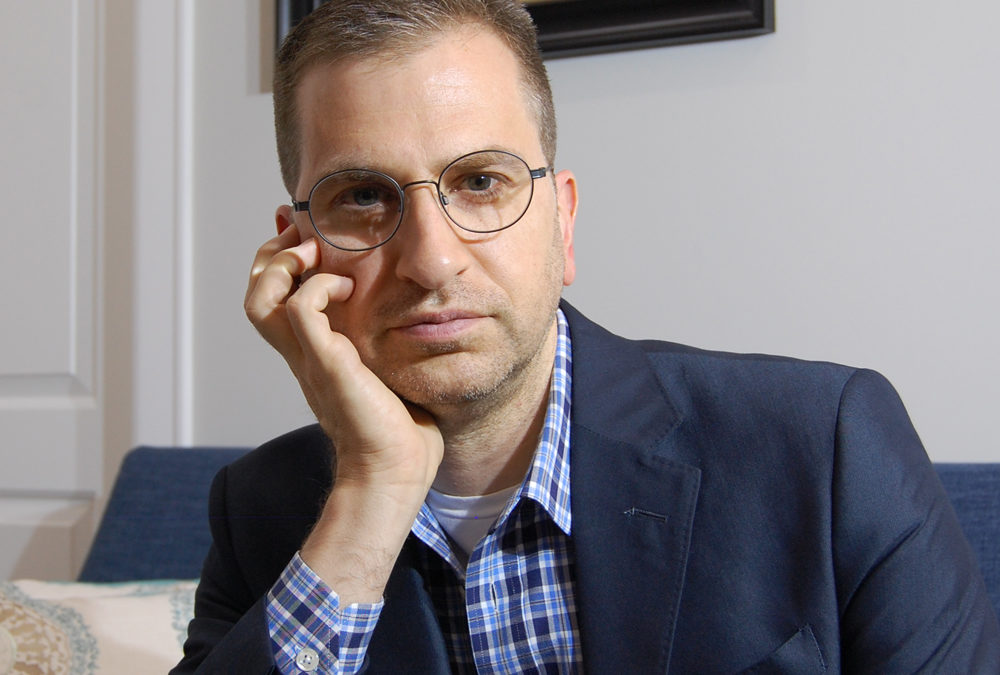 We had a few nagging questions for Karim Al-Zand, a member of Musiqa’s Artistic Board whose piece “Six Bagatelles” will be premiered at Traces of Blue. How does one become a composer? What is his piece going to be like, especially since it’s based on abstract art? And most importantly, what is his favorite restaurant in Houston?

Bagatelle: A bagatelle is a short piece of music, typically for the piano, and usually of a light, mellow character. The name bagatelle literally means “a short unpretentious instrumental composition” as a reference to the light style of a piece.

Abstract: Abstract art is art that does not attempt to represent an accurate depiction of a visual reality but instead use shapes, colors, and gestural marks to achieve its effect.

Walk us through how you decided to become a composer.

It didn’t happen all at once. As a kid I took piano lessons, played in the band, and sang in choir. I enjoyed performing, but what I was most curious about was how the music itself was put together. In high school I had a wonderful music teacher who let me experiment, arranging music and eventually composing pieces for various ensembles at school. Mostly I was figuring things out on my own, but in college I was able to have formal composition lessons, which I think really solidified things for me.

It varies. Often another art form like poetry, fine art or dance will be an inspiration, as in “Six Bagatelles.” But I have other pieces where the inspiration comes from issues in the news, historical events or folklore. Or, sometimes a piece can be inspired by a purely musical idea, like a tune, or a rhythm or harmony.

What’s your favorite instrument to write for?

I’m not sure I have a favorite instrument to write for. I most enjoy composing when I can write for a particular performer rather than a generic instrument.

What was the most challenging part of writing the piece? How did you give meaning to each Motherwell print, which are abstract works of art?

I didn’t really know the work of Robert Motherwell before this commission. So a big challenge for me was to figure out exactly how a piece might relate to his work. The prints are all abstract of course, so the idea of “depicting” each painting, or “translating” the art into music didn’t really make sense. Each of my bagatelles interprets its print in a different way, but in general the connections are indirect, and pretty oblique. The relationship has more to do with my reaction to the image, than to the print’s particular shapes, lines, or colors. The bagatelles are all very short, compact and use 2 or 3 simple ideas exclusively, without any sort of linear narrative or development. I guess in the end, I was trying to create a kind of musical analogue to Motherwell’s prints, which have a very simple, elemental quality.

Are there any moments in “Six Bagatelles” that we should be listening for? Any magical chords or phrases, interesting textures, moments of sadness or happiness?

The six Motherwell prints I chose each have a very different characters, in terms of color, technique and overall atmosphere. I’m hoping each bagatelle will leave a similarly distinct impression. The fourth bagatelle uses only one chord, a magic yellow chord.